Is Traditional Media Still "Worth It"?

It’s no secret that digital media has emerged as a key player in the advertising space over the past several years but does that mean that traditional media now takes the back seat? When creating a marketing strategy for your business, don’t let traditional media slip your mind.

Traditional Media Defined
Traditional media has been around for decades, in various forms. Today, it’s defined as the marketing channel that came before digital.

Traditional Media Is Still Alive & Well
When it comes to marketing, our minds quickly jump to digital advertising but traditional media still reigns supreme. In fact, viewing numbers show that digital media hasn’t been able to move out in front of traditional media. Reports show that right before COVID-19, traditional television was still beating out digital television. And in a large majority of markets, broadcast radio was ahead of streaming.

Surprised? Don’t be! Gen Xers and baby boomers often choose traditional media platforms such as radio and broadcast TV rather than digital platforms like Hulu and Spotify. Also on the rise is the consumption of print media by millennials.

The idea that digital media has completely squashed traditional media is an unfair one. People are consuming traditional and digital media at the same time, a phenomenon called second screening where people look at their social media accounts while watching TV. People check reviews of a product while out shopping. People read print articles and then research more about it online.

Consumers are also more likely to recall traditional ad campaigns. A study showed that recall rates for products and services were as high as 60% for radio and TV while digital media only reached 30%.

Picture this: you’re driving your morning commute to work on a busy highway and pass a large billboard for a law firm. You pass this billboard every single day, and it always seems to catch your eye. Later on, the advertisement immediately comes to mind when you need to hire an attorney. That’s effective traditional media! By passing it every morning, it becomes a part of your routine. It’s ingrained in your mind.

Here’s Where We Come In
While traditional media is still alive and well (and in some areas exceeds digital), it’s the combination of both tactics that allows for an effective campaign with the right marketing strategies.

Don’t forget about the marketing funnel! This is a customer’s journey towards the purchase of a good or service. Awareness, the widest part of the funnel, includes consumer research and aspects of traditional media. As the funnel narrows, the marketing strategies employed should be more directed towards the ideal consumer.

At D2 Media, our industry knowledge allows us to have a complete understanding of the marketing funnel. With over 30 years of experience in media and marketing, we’re eager to roll up our sleeves and get to work. We cater to your needs and objectives by utilizing our extensive knowledge of the traditional media industry and working with our amazing digital media partners to help you succeed. Our dedication to you and your goals is our top priority!

We understand a wide range of industries and customers and can help to put your mind at ease…. helping you navigate the maze of media today. 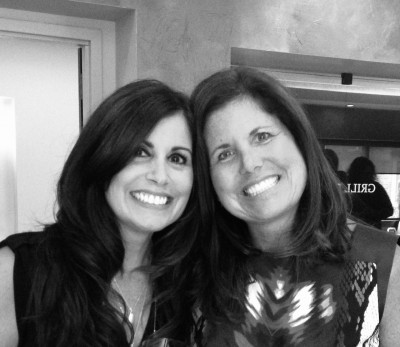